Fashion’s reset over the course of the pandemic prompted a rise in vintage shopping, but unlike archival bags or pre-loved shoes, sunglasses rarely make the #humblebrag posts. As investment buys increasingly become a priority for consumers who have spent the last year overhauling their wardrobes and considering the true value of their clothing, expect this to change. Consider sunnies your next stealth luxury purchase – just in time for summer.

“We are moving towards a moment in fashion which is less focused on trends, and people are trying to create looks for themselves that will last for a decade or longer,” asserts Jesper Richardy, founder of Copenhagen emporium Time’s Up Vintage, whose customers include Naomi Campbell, Lady Gaga and Jane Birkin. “This allows for investing in that one iconic pair of vintage sunglasses, which will perfect a look.”

Fashion consignment platform Vestiaire Collective reports a 20 per cent year-on-year increase in searches for vintage sunglasses, with Gucci, Celine, Dior and Saint Laurent repeatedly performing well. On Gen-Z peer-to-peer social shopping app Depop, the current trend for all things ’90s has hit the eyewear market, with Versace’s opulent shades proving particularly popular. Richardy reports a similar story from Scandinavia: “We’re observing an increased interest in the brands which were major commercial successes in the late ’90s and early 2000s, like Fendi, Dior and Prada. This has to do with the cyclical nature of fashion; the younger crowd are now looking to invest in the sunglasses they were exposed to as kids, now being just the right amount of ironic to wear them.”

This plays into the theory of Rewind Vintage Affairs founder and CEO Claudia Ricco, who says Chanel and Cartier shades are selling best for her boutique. Rather than homing in on specific brands, fashion fans are looking for bold frames that are, for want of a better word, Instagrammable. “Maximalist eyewear definitely fetches more in value than something very safe,” opines Ricco. “An eyewear line that pleases everybody is unlikely to catch anyone’s attention. A good investment must be thought-provoking, and glasses should always be fun.”

Indeed, T, the owner of Depop store Basement Six, believes that sunglasses are a crucial component in the “over-the-top display of personal style that is making a big comeback in the mainstream fashion market”. After a year spent in sweats, there certainly seems to be some semblance of truth to this. “People are ready to get dressed up for the sake of dressing up – just because it’s fun!” he adds.

How to secure a future-proof purchase that sums up your current penchant for all things nostalgic, but will stand the test of time? Don’t make “fun” your only criteria when scouring the market, and keep your wits about you. “There’s a lot of fakes out there, especially of the rare lifetime Versace models,” advises Richardy. “It can be really difficult to figure out authenticity when buying online, because the quality of the original lies in the choice of materials, which have to be felt and weighed.” Reputable dealers with strict vetting processes, such as Vestiaire Collective, are a solid first port of call. “Choose the shape you feel would suit you the most and then check for the authenticity and markers of quality, such as the serial number on the frame, the engraving on the glass and the frame, and the ‘made in’ certification,” advises Sophie Hersan, co-founder and fashion director of the pre-owned platform.

T maintains that ’90s pairs are actually a sound purchase, because of the variety of models from the era. The “thick thick” (see the Versace styles popularised by Biggie Smalls) are “forever iconic, whether you’re in a ’90s hip hop music video or in Italy sipping Campari,” says T. The “skinny”, which gives off “cool, Trinity from The Matrix vibes”, elevates any look. While the “Y2K angel” will never date, because they throw back to Aaliyah and, of course, Paris Hilton – duh! 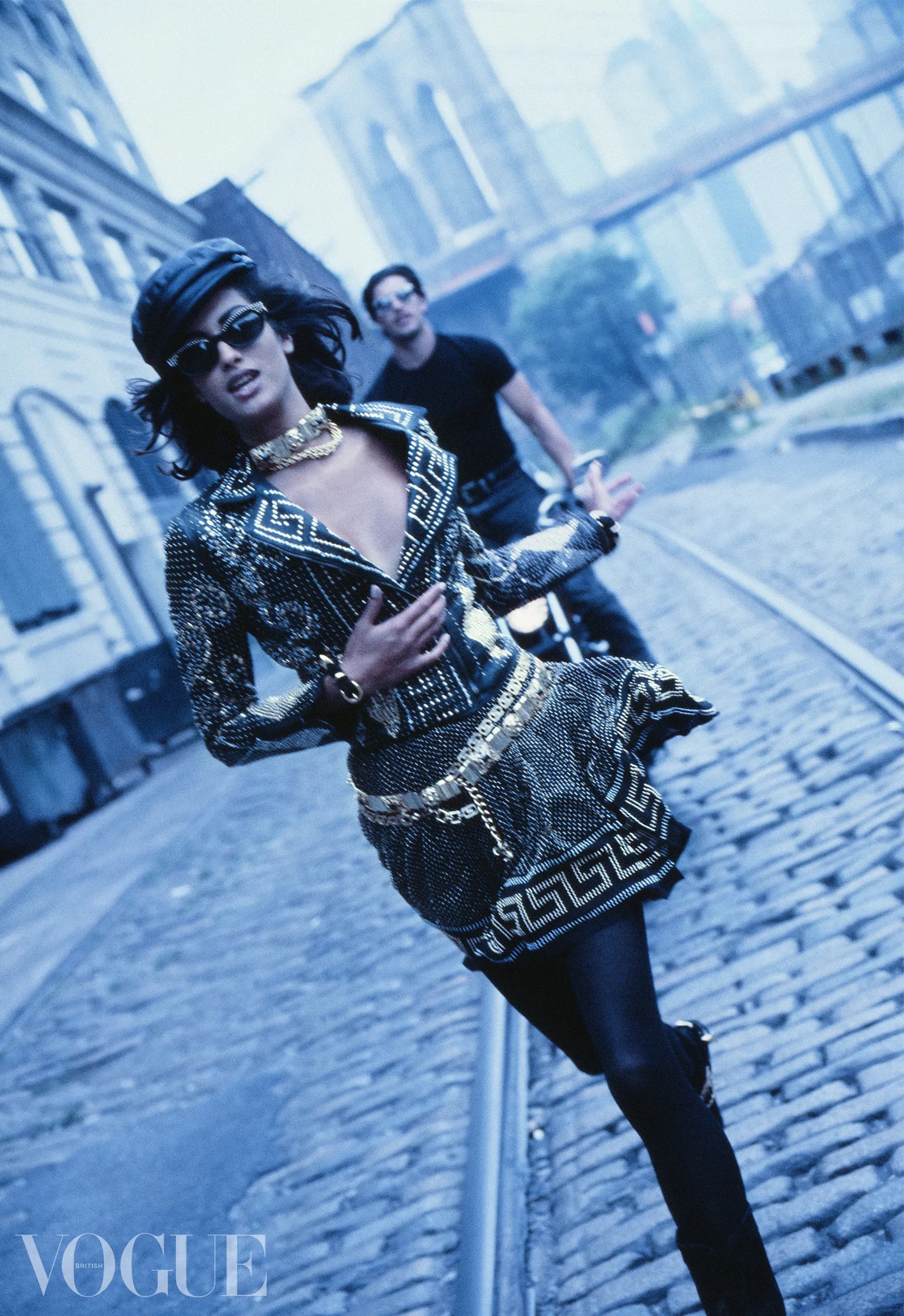 Ricco prefers to go further off piste for her edit. Vintage Celine aviators are her personal favourites, but she advises looking out for pre-2010 Chanel frames, anything oversized and ’70s looking from Cazal, and ’70s Oliver Goldsmith models. Here’s her fashion history 101 on the latter: “In the UK, Oliver Goldsmith began offering handmade tortoiseshell frames to Brits, supplying eyeglass frames as a British army designated contractor during World War II. In the ’60s and ’70s, he was the favourite of major stars, including Audrey Hepburn – who wore them in Breakfast at Tiffany’s – Grace Kelly, Michael Caine and John Lennon. The company closed in 1985, but reopened in 2006.” New old stock – factory remains or unused items purchased from opticians when Oliver Goldsmith was shuttering – can sell for thousands of pounds, she says. Cazal stock of a similar ilk from the ’80s, when Run DMC popularised a look comprising Kangol hats, Adidas sportswear and Cazal eyewear, is equally valuable and hard to source. Keep an eye out for the brand’s “flowing frames, tropical colours, Bauhaus-influenced decoration and attention to detail”, advises Ricco.

Richardy has one final hack: “Look for frames with scratched lenses or even optical frames with or without lenses. These can often be found at a much better price, and changing the lenses is relatively affordable,” he shares. First thing’s first, find your muse: are you more Paris Hilton, Biggie Smalls or Audrey Hepburn?